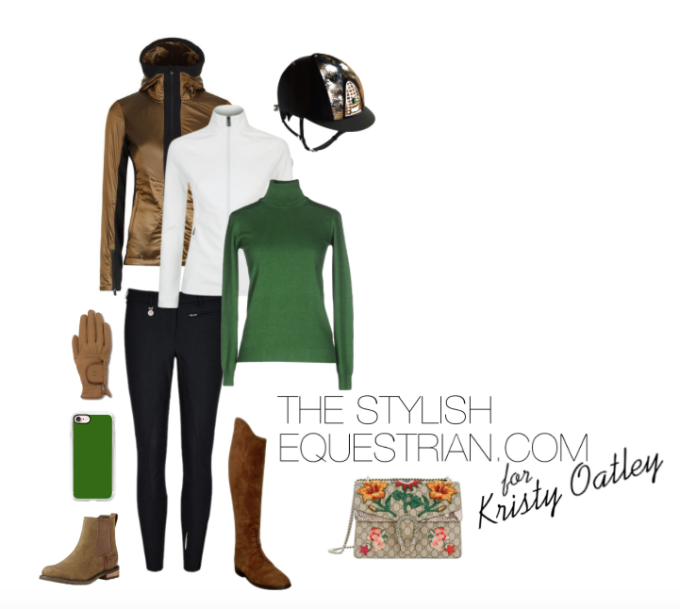 Kristy was infected with the horse bug when she was a little kid. She remembers herself as a little girl running around with horses and hanging out in the stables all day. Her grandfather and parents are all avid equestrians and sensed her talent with horses at and gently pushed her into achieving dressage greatness already at a very young age.

A life changing moment for Kristy was in 1989 during a Rosemary Springer clinic in Australia.The then 12 year old Kristy stood out when riding and Rosemary told her she needed to come to Germany to train.

A little while before this, her mom and dad had bought one of the first Hannovarian warm blood stallions and were breeding with him in Australia, strengthening the Australian sport horse offer. When Kristy’s talent was ‘discovered’, her parents were already planning on heading back to Germany to find another young breeding stallion, so, it was meant to be and they all went.

Kirsty’s parents were hoping she could ride and grow with the young stallion they had in mind, but her trainers advised her and her parents to get a schoolmaster PSG or Grand Prix horse – one with which they could breed and Kristy could learn from at the same time.

As with all great plans, it didn’t quite work out that way. Kirsty and her parents ended up buying an 8 year old chestnut gelding named Oscar. Kirsty’s true heart horse which whom she rode three German dressage championships and 2 European team championships.

After her success with Oscar, she had the opportunity to ride and train many more horses, and with her 2nd horse she rode her first Grand Prix at 16. At 18, Kristy participated in the world championship dressage in Rome and went on to ride in many more world championships and represent Australia in the 1998, 2000, 2008, 2012 and 2016 Olympics.

Her primary training base is in Hamburg, Germany with a secondary base in Erp, Netherlands, where she has been coached by Sjef Janssen since 2010.

Kirsty is training for the world cup this year, and hopefully more world cups next year, but after a busy Olympic year, she would love to be selective with the competition schedule next year and spend a little bit more time at home next year.

Kristy’s style is all about functionality and practicality with a twist of high fashion items and an infatuation for custom helmets and boots. She often goes for the practical ‘wear what’s on the top of the pile’ principle, but loves to break up her signature black, white and grey look with a pop of color.

Like her style? Here’s all the info you’ll need to get her look:

As Kristy is a lover of custom helmets and boots, we had to add in a custom made KEP Italia helmet with snake print and a little splash of green, which go perfectly with a pair of suede Kempkens custom boots. She likes to be able to spend the whole day at the stables feeling fashionable and comfortable, so we added on a pair of Ariat stable boots to change into after riding.

We had to add in another little pop of color with a matching green phone case by Casetify and Kristy’s favourite bag: the Gucci Dyonisus supreme classic GG print with flower embroidery.