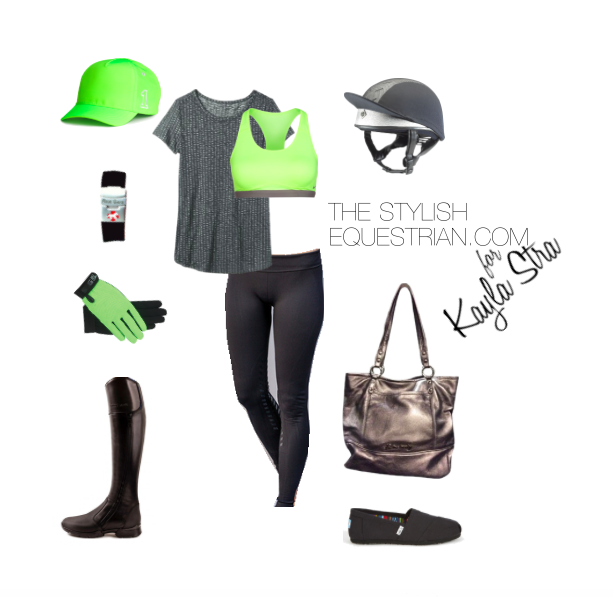 Kayla Stra, is one of those extremely remarkable and inspirational women who really can do it all: she’s a successful jockey, yoga instructor and mom.

Kayla Stra was born in Adelaide, South Australia, Australia, where she launched her career in horseracing prior to moving to California in Late 2007. From a very young age, Kayla has been interested in horses, having talked her parents into buying her a pony when she was eight years old. When she was young, Kayla worked at racing stables and eventually bought her first horse—a Thoroughbred named Gurtie, which she trained on her own for picnic races (unregistered race horses) before getting her certificate in racing.

Kayla racked up approximately 500 victories in her native country and became the “poster girl” for Australian horseracing. Now, she continues that success in the much larger US market (only taking a little break to have her son and returning to the US racing circuit in 2013). Racing in California, Kayla had won many prominent races like the notable victory  at Santa Anita on 49–1 longshot Paddin’ Mud. In addition, Kayla scored an opening day victory at Del Mar with King Ledley, and then scored another victory with the same horse within three weeks.

In 2010 she found Hot Yoga while racing in San Francisco, which was a life changing experience: she was able to give up medication and found pain relief  through yoga for a sciatic nerve coming from her L5 disc from years of riding. She felt the needed for more knowledge of the practice and wanted to share it with others, that’s why she completed a certification to teach yoga in 2014.
Currently based in Southern California with her beautiful family, she opened Santa Anita Hot Yoga Studio in a hope to share what she thinks is such a powerful and important experience of practicing yoga.
Kayla is very passionate about rider safety and strongly supports the Ride Safe bracelets: they are bracelets for First Responders to take fast action in a riding accident. Learn about them here: Ride Safe.
Like her style? Here’s all the info you’ll need to get the same look:
Goode rider seamless designer knee patch leggings are the best cross over item: they work for both riding and yoga and are perfect for Kayla’s busy lifestyle. Sporty, functional and sophisticated is what Kayla loves most, that’s why we’ve combined her superfunctional breeches with a sporty Nike performance Pro Fierce sports bra and an elegant Athleta sugar wash T shirt.
Kayla loves a good pop of colour, which is why we brought the neon green of the Nike sports bra back in her H&M Baseball cap and SSG riding gloves. Then we added some sophisticated silver touches in the Charles Owen pro II skull cap and a B. Makowsky large tote bag: essential for all the riding, yoga and kids gear Kayla carries around daily.
A quick change from her super sporty Alberto Fasciani boots into a pair of TOMS, sets her up for a great day.
No #rootd is complete for Kayla without a matching Ride Safe bracelet, available in many styles and colours, to match any look.
Have a stylish ride!
ps Happy 4th of July!!